One of the most important pillars for the Wisconsin Herd is being a responsible corporate citizen. From basketball camps to food drives the Herd constantly looks for ways to benefit the community. During the 2021-22 season, the Herd donated over $57,000 in cash and in-kind through various fundraising platforms.

4imprint partnered with the Herd to launch “4imprintForWishes” in which 4imprint donated $10 to Make-A-Wish for each Herd three-pointer made during the 24 home games. The Herd knocked down 287 three-pointers resulting in a $2,870 donation to Make-A-Wish. 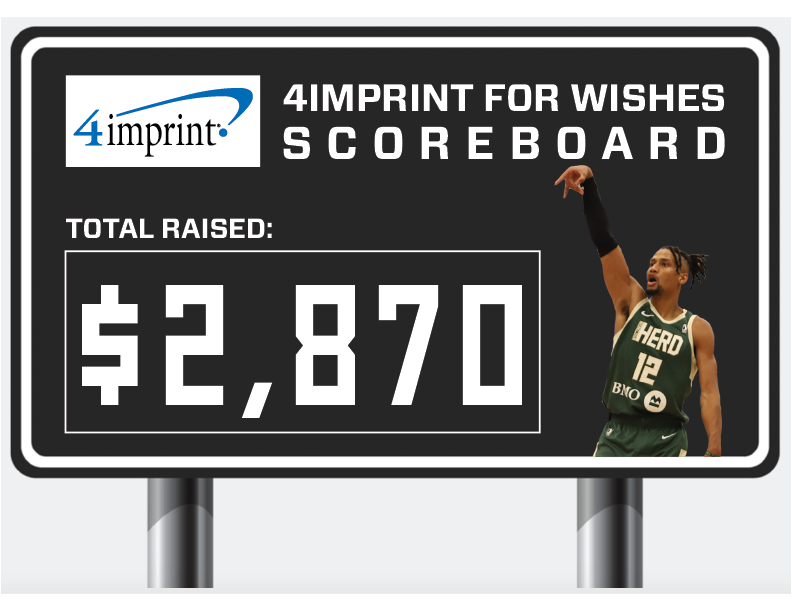 Every season the Herd wears specialty-themed jerseys that highlight a cause, initiative, or non-profit. This season the Herd wore five unique jerseys that were auctioned online to raise over $12,000 for local charities around the state. The five nonprofits that received the proceeds included: Wounded Warriors United of Wisconsin, Oshkosh Kids Foundation, Special Olympics Wisconsin, Midwest Athletes Against Childhood Cancer Fund, and the Oshkosh Area School District/Oshkosh Area School District Education Foundation.

For each home game, the Herd hosted 24 different nonprofits through the Bayland Buildings Non-Profit of the Night. Organizations receive the benefits of showcasing their cause at a non-profit booth, in-arena & broadcast recognition, and tickets to the Herd game featuring their non-profit.

The Herd hosted the third annual Boots vs. Badges game in which members of the Winnebago County Sheriff’s office (Badges) and the Oshkosh Fire department (Boots) competed in a charity basketball game at Oshkosh Arena. Partial proceeds of every ticket were contributed to the Winnebago County K-9 Unit and the Oshkosh Fire Department Dive Rescue Team, in turn, raising over $1,000. The Herd also partnered with Gabe’s Wisconsin Kitchen & Tavern and Jeff’s on Rugby to hold a post-game meal where 10% of the bill was donated to each charity.

For the fourth season in a row, the Herd teamed with SCHEELS and Make-a-Wish Wisconsin to grant holiday wishes for five local kids. Each youth was provided a signed Herd basketball, four courtside seats, a swag bag and a $300 gift card for an in-store shopping spree with Pointer and front office staff.

The Herd continued charity traditions by hosting its fourth annual Wisconsin Herd School Days game hosting over 2,000 students from 16 schools to enjoy a game and learn more about mental health. In partnership with NAMI Oshkosh, Herd created and handed out a mental health awareness workbook to every student in attendance. Former American Idol star, Franki Jo Moscato performed at halftime to share her journey through mental health.