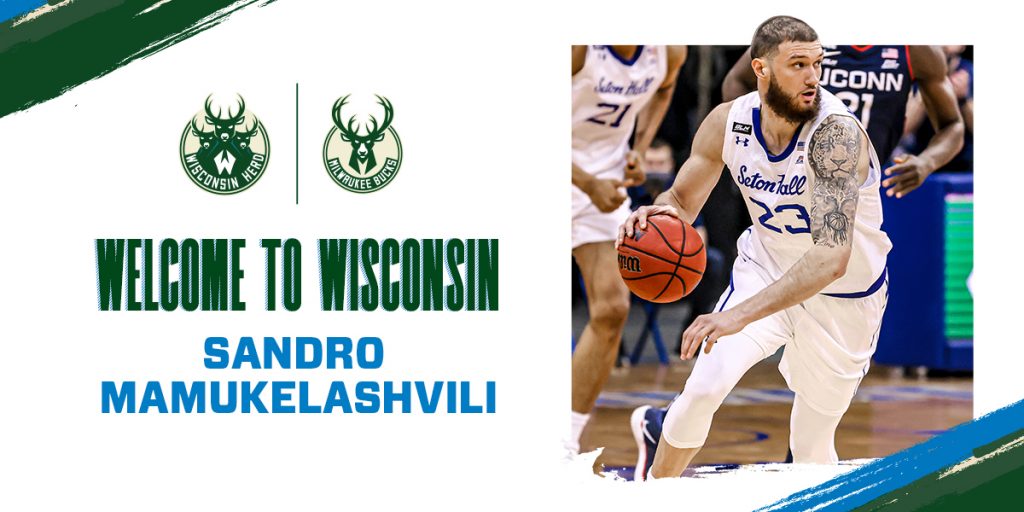 MILWAUKEE (Aug. 4, 2021) – The Milwaukee Bucks have signed forward Sandro Mamukelashvili, the 54th overall pick in the 2021 NBA Draft, to a Two-Way contract.

Mamukelashvili (ma-MOO-kell-osh-VEE-lee), a 6-11, 240-pound forward from Seton Hall, was named the 2020-21 co-Big East Player of the Year, earned First Team All-Big East honors and was named an AP All-America Honorable Mention after averaging 17.5 points (2nd in Big East), 7.6 rebounds (5th in Big East) and 3.2 assists (12th in Big East) per game as a senior last season. The Republic of Georgia native was also a top-five finalist for the 2020-21 Karl Malone Award, which honors the top power forward in college basketball, and was one of only two players in the Big East to rank inside the top-five in scoring and rebounding.

In four seasons with the Pirates, Mamukelashvili, 22, appeared in 115 games and improved his scoring average by 14.9 points from his freshman season (2.6 ppg) to his senior campaign (17.5 ppg), in addition to shooting 45.9% from the field throughout his collegiate career.