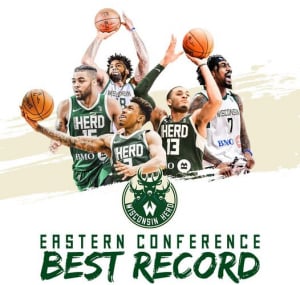 The 2019-20 NBA G League season was cut short and cancelled due to the coronavirus pandemic.

SEASON SUMMARY: The 19-20 NBA G League season proved to be the most successful season in Wisconsin Herd history. The Herd was one of only two teams to win 30 or more games with a 33-10 overall record finishing the shortened season with the league’s best record and clinching its’ first ever playoff berth. In addition, Wisconsin joined the 14-15 Vipers team as the only teams in league history to average 120 points and 50 rebounds in the same season. 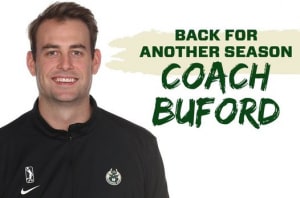 The Wisconsin Herd welcome back Coach Buford for the 2020-21 NBA G League season after one of the best coaching performances by a first year head coach during the pandemic shortened season. 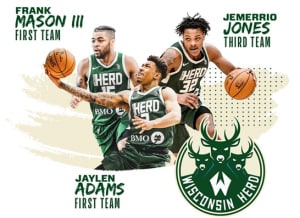 CALL-UPS: In December 2019, Rayjon Tucker received the Herd’s first call-up of the season to the Utah Jazz.  Then in January of 2020, Jaylen Adams was named to the 2020 USA FIBA AmeriCup qualifying team that played in February 2020. After the Herd’s season came to an end, Jaylen Adams was then called up to the Portland Trail Blazers for the NBA Season restart. Justin Patton was also called up by the Detroit Pistons where he joined Herd Alum, Christian Wood in the NBA restart bubble. 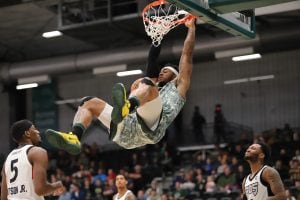 COMMUNITY IMPACT:  Year after year, the Wisconsin Herd prides itself in giving back to the community in which we work and play. In addition to executing annual in-kind donations, fundraisers and community outreach platforms; Wisconsin’s community efforts were highlighted by a “Just Mercy” movie viewing in partnership with Boys & Girls Clubs of Oshkosh & Appleton to watch the powerful true story about the Equal Justice Initiative, the people they represent and the importance of confronting injustice. Following the movie, members of Public Allies Milwaukee led a powerful discussion with students about racial injustices they have faced in their lifetime.  Another community highlight was a partnership with the Department of Corrections and the Oshkosh Correctional Institution to facilitate a prison visit in which Herd players, coaches and staff toured the facility and participated in a candid discussion centered around hope, redemption and the power of sport. 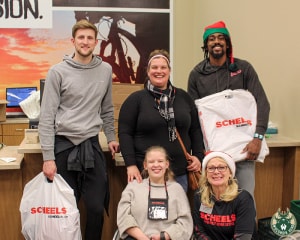